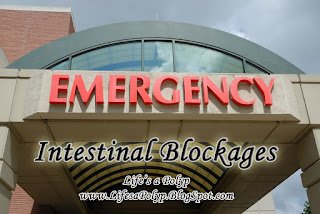 It could have started due to various causes. There are too many variables affecting my daily physical well-being. I can rarely pinpoint one cause for anything. It's most likely a combination of actions or it may just be random luck. It's not always easy to pinpoint the root cause of a flare up or an intestinal blockage.

Due to a combination of iron tablets and regular iron infusions, I'm finding myself with increased energy on the weekends. This was a prime weekend for activity. I had energy for a weekend full of activities. Perhaps I pushed myself too hard two days in a row.

I hate taking any anti-diarrhea medications. The crazy thing is, I used to take the max doses allowed of Lomotil in an effort to slow my bowel for daily functioning. Now, one Lomotil tablet leaves me in pain and disrupts my normal bowel function which has its own negative side effects. However, I am able to participate in activities with less worry about restroom access. The slow down action of Lomotil has become so severe for myself that I can accidentally induce an intestinal blockage simply by taking one Lomotil tablet two days in a row.

Saturday evening started off with my Short Bowel Syndrome emptying itself as much as possible once the Lomotil started to wear off. My bowel was making up for only requiring very few restroom trips during the day. Additionally, the slowed bowel agitated my intestinal ulcers resulting in extreme blood loss for about 6 hours. I felt alright though. I had made it through the life span of the Lomotil and my bowel was returning to its normal routine.

I woke up Sunday fairly normal except my bowel was a bit angry still at me leading me to not feel comfortable leaving the house unless required. Fortunately, I was able to stay home until my bowel calmed down. The morning transitioned into a pretty bowel typical day for me. In the evening, I decided to snack on pickling cucumbers. As I finished my second small cucumber and reached for the third one, I remembered the time I gave myself an intestinal blockage by eating crab salad made with a whole English cucumber. A whole English cucumber is too much for my intestine to handle. Before this occurrence, I never had an intestinal blockage caused by food. Not once. So I rationalized that pickling cucumbers are smaller and I've eaten two in combination with tomatoes, onions, and olive oil without any issue. So one more wouldn't hurt anything.

Monday started with uncomfortable bloating and limited bowel movements (for me...remember I'm used to 20 times a day) but a lot of my mornings start this way and improve as the day goes on. So I ignored it; just another day. I drank some coffee and ate a snack and lunch and my symptoms seemed to start to improve. But then my day drastically changed. Suddenly I found myself having a flare up. I was running to the restroom every 5 minutes - literally - and started having painful abdominal cramping. This went on for hours, I was excited when I was able to wait 20 minutes in between restroom trips. I took the 20 minute interval for granted and it returned to the 5 minute intervals. If I can just sleep, this will clear up by the morning I think to myself as I draw on past flare ups.

I managed to finally sleep for a few hours and I awoke to a severely distended
abdomen and
excruciating cramps. Now my bowel movements had gone from 5 minute intervals to barely any. Somehow, I went fro 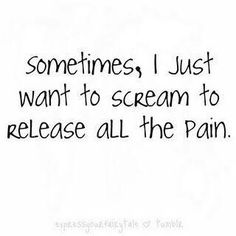 m flare symptoms to blockage symptoms over night. I tried drinking hot tea, eating soup, using a heating pad, lying down rather than sitting up. Nothing was making a difference. With hope, I took the max dose of milk of magnesium laxative to help out. Normally, if I take a laxative I have flare symptoms but it does help flush out my intestine and stop the abdominal cramps and bloating. The laxative did nothing this time. I knew I was getting into trouble but I still refused to accept that I was having an intestinal blockage and I refused my parents' suggestions of going to the ER. In desperation, I stopped trying to keep my food and drink down. I allowed myself to vomit until I couldn't vomit anymore. The pain and bloating improved but was still present. My mother convinced me to take a Lortab for the pain so that I could sleep. As the night progressed, the symptoms began to lessen. I started to have more typical for me bowel movements. I clung to the hope that this blockage was finally clearing or I would be forced to visit the hospital the next day.

Fortunately, the combination of vomiting and a Lortab did the trick this time and the blockage progressively cleared itself over the course of the third day. I was lucky this time.

I replayed my actions taken over the weekend. Was this caused by a combination of factors? Did I start into action a blockage when I took the Lomotil and then cemented it into place by eating too many cucumbers? Was I having a flare at all or was it just the early signs of a blockage?

With Short Bowel, there isn't always a definite cause for how my bowel will act on any particular day. But I need to be mindful of the choices I make to help protect my physical well-being. I need to pay heed to my body's triggers. I've learned that I need to be careful about how many Lomotil tablets I take and my body is starting to require more attention to food limits. With chronic illness, we are faced with periods of change requiring us to adapt to yet, another change in our health and how our bodies respond to daily life.
Posted by Jenny at 4:06 PM