The Unexpected After Surgery 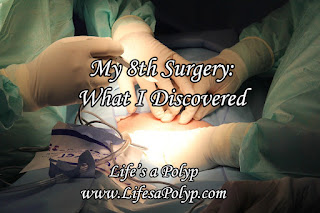 When my CT scan showed gall stones in 2017, I expected I would require surgery to remove my gall bladder at some point. I didn't have a time frame in mind for this so I didn't quite expect it to be required by 2021 but within this time frame my many small gall stones changed into innumerable medium sized gall stones. My GI specialist theorized that my gall bladder was worsening my symptoms of chronic nausea and abdominal pain and it was time for removal. It was after receiving this news that I started to have increased pain, bloating, early fullness, and loss of appetite including difficulty eating solid foods - again contributed to my gall bladder.

My doctors agreed that it was time to remove my gall bladder and my GI specialist and surgeon urged for sooner rather than later. My main concern was increased diarrhea without a gall bladder as I already have Short Bowel Syndrome and had 20+ stools a day.

My GI specialist warned me of the risks if I decided to delay removing my gall bladder: