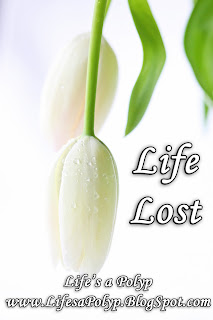 The loss of life isn't anything to be taken lightly, whether it's naturally or by actions of one's self or others. I've shared before in previous posts how chronic illness warps our minds and perception, even in the realms of death. I was reminded of these effects when I heard about Mindy McCready's suicide last week and listening to the negative outlash toward her decision, I felt defensive of her. She endured a lot of pain and difficulty during her life, she was in a spiral of despair and although I cannot speak for her motives, I am not first led to believe her decision was of a selfish nature as many label anyone who has suicidal ideations, attempts or completion.

One thing I've learned during my journey with chronic illness and my time with friends of similar circumstances, is that we really can't judge what others are going through. This is primarily campaigned when discussing invisible illness but it's also in regards how life affects one's mental health, especially when chronic illness is involved. One of my best friends committed suicide, the pain of his chronic health issues became too unbearable for him. Although I deeply grieved for him, I couldn't be angry with him for his decision. I understood his decision too well, I too experienced health misery so great in my life that in a spiral of depression and pain, I longed for nothing more than peaceful death and for several years was suicidal myself. It is this personal understanding that I'm in favor of euthanasia, if solely of the individual's decision without manipulation or exploitation. I am not of the mindset that we are only given things in life that we are able to handle, there are experiences that way too heavy on the body and the psyche that are unthinkable and far too damaging. Those who are able to survive such experiences, I applaud them. However for me, there are several events that I would rather seek that eternal peace than to endure such experiences. Each person is different and so is each experience - but we can all empathize with the turmoil, the despair that another feels if only we try. Instead of blaming someone for their decisions or their desired intentions, let us be there for them and help them through the darkness the best we can.

I do not say such things to cast gloom on the hearts of others, but merely to remind us of empathy for the suffering others experience and to bring insight on their decisions. There are many examples of individuals who commit suicide as a manipulative exploit, to hurt others and for their own selfish gains. But there are many who are simply so hurt themselves or threatened with heavy pain - physical or psychological - that the only peace the individual is able to see is within death.
We need to support one another and any individual with suicidal ideations or plans most often are receptive to support, if only asked about what they're experiencing. Sometimes we miss the signs of how deeply hurt someone is, how close they are to the edge. We cannot blame ourselves if we miss those signs, but we can arm ourselves so that we may be better prepared.
Please visit Suicide Awareness Voiced of Education for information on suicide, warning signs, and ways to help and support someone experiencing such deep turmoil and perhaps together, we can bring more back from the edge.
Posted by Jenny at 12:50 PM No comments: