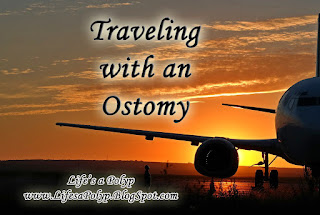 Jenny
This is my life with Familial Adenomatous Polyposis and Short Bowel Syndrome. I was diagnosed with FAP as a child, underwent total colectomy at age 9. After complications and 6 more surgeries. I had an ileostomy for 6 years and am currently living with a straight pull-thru.

Anemia is a common disorder for those of us without a colon, particularly if we are also missing a part of our small intestine. Anem...