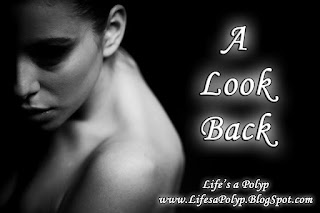 As I prepare for my routine follow up with my GI this week, I look back on how my health once was. Each appointment, my blood labs and UA are reviewed. I'm usually never within range for several electrolytes, but my labs are still better than what they once were. During the years after my surgery for my straight pull-thru, I battled the odds with my out of control electrolytes. I had weekly or more frequent appointments with my GI to review my labs in order determine if I needed to be hospitalized again just yet and to review any recent tests I had underwent. My labs included a sodium as low as 111 (should have had a brain seizure), potassium as low as 1.9 (should have had a heart attack), protein as low as 3, low magnesium and b-12, hemoglobin as low as 4. My medications included potassium, sodium tablets and drinks (spoons of salt in a one ounce cup to be swallowed 3 x day), magnesium, iron, polyp growth reducers, bowel control pills and shots, pain medications, protein pills and foods (shakes, bars, and whatever else my mother could cram in me. Ick!) and of course b-12 shots. I may be forgetting some, as you're aware memories tend to blur when dealing with health events.
I had a team of specialists completing tests and consulting with my doctor. My doctor consulted other specialists around the world and I even traveled out of state for continued testing to try to determine what was causing my out of control electrolytes. And oh were some of the tests dreadful, especially when they were completed repeatedly! Everything from simple x-rays to scans with rectal tubes inserted for contrast to be seen in my cavity (this was the most painful) and even making my blood radioactive and injecting the radioactive blood back into my body. After a year, it was decided I had to undergo exploratory surgery as my lost option. It was during the exploratory surgery that it was discovered that I had an intestinal stricture from excessive scar tissue and a hole in my intestine from an ulcer. You see, the stricture made bowel control and nutrient absorption virtually impossible. Stool was unable to pass through the stricture resulting in extreme pain and constipation until I involuntarily vomited, which released the pressure allowing stool to pass through the stricture. Only it wouldn't stop, because there was literally a liter or more of liquid in my intestine that was finally able to be voided. This cycle is what led to my uncontrolled electrolytes. 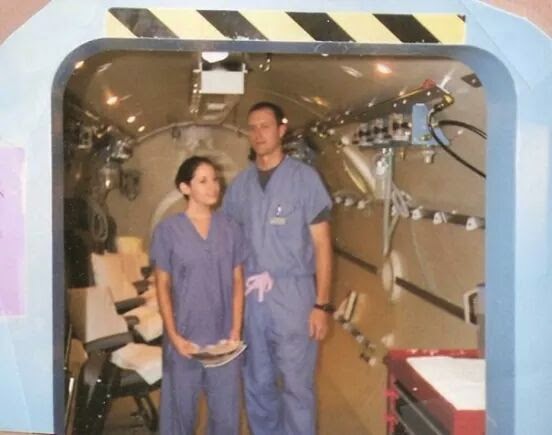 Scar tissue was removed and I was placed on TPN to allow the intestine hole to heal.
I also underwent hyperbaric treatments where I received 100% oxygen therapy for around 2 hours 2-3 times weekly for a couple months or more. I don't recall the full number of sessions, just that I was extremely concerned about being able to avoid using the bedpan in the hyperbaric chamber with 4-6 other people watching me. Fortunately I never had to use that bedpan, sometimes I don't know how but so grateful I made it!
After a few months of TPN only, which meant nothing by mouth not even liquid for an extended period of time, I slowly was able to begin drinking and eating foods. I started off with one ounce of ice chips once an hour, to a few sips of water every predetermined interval, to a set amount of water at every interval to being able to drink liquids regularly again. I did the same with food. I was only allowed to eat one egg, with salt or pepper only for seasoning, for breakfast everyday. Then I graduated to my breakfast egg and a small salt and peppered boiled chicken breast with a small amount of unseasoned rice for lunch. Later I was able to also have dinner, and it was the same meal as for lunch. After several weeks of this exact same menu everyday, I was able to include a little more variety. This variety came in the forms of any high protein food, mainly lean meats at every meal and several protein bars and protein shakes everyday. The protein bars and shakes were extremely harsh on my body causing unceasing severe stomach cramps and pain.
I hated eating, for weeks it was the same bland food and then when I could have some variety it was only foods that tasted awful and caused extreme pain. 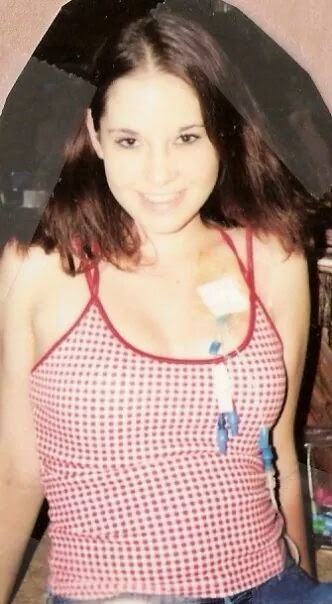 Over time I had my port removed, was hospitalized on average once every 3-4 months for electrolytes and blood transfusions until 2007, when I received my last blood transfusions. My hemoglobin was 4 and I received 4 transfusions. Funny thing is, I didn't even know my hemoglobin was so low and was in complete surprise when my doctor personally called me at work that day and demanded I go straight to the hospital to be admitted. I argued with her about finishing work or classes that day, going home to pack some clothing like I did almost every other time she ordered me to be directly admitted to the hospital. Many times I would advise my professors that I would be admitted to the hospital at the end of class for "internal bleeding" (nicest and simplest way to say 'uncontrollable bloody stools' I could think of) for an undetermined amount of time and would return to class as soon as I was released. I learned over time that others thought I was crazy for not directly going to the hospital as instructed by my doctor. And this last hospitalization, my doctor was not allowing any room for my day's agenda.

I've been very blessed since then, although its a never ending battle, I'm able to maintain my electrolytes well enough to not require hospitalization. I hope my lucky streak will not break for decades to come.
Posted by Jenny at 5:04 PM