A Journey From Running Away to Running Forward 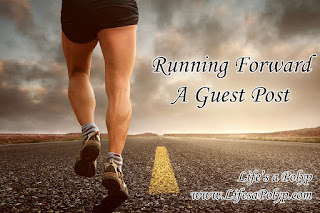 
When I was diagnosed at age 13 at the end of 1970 with Familial Adenomatous Polyposis (FAP) and followed with my total proctocolectomy surgery just one week after my 14th birthday in July 1971, I felt that much of my physically active life was over and had just taken a very deep plunge into depression and anxiety, especially since I had had a high social anxiety most of my life through this time, and now that anxiety felt immense.  However, as I very slowly adjusted to my new “normal”, I realized that I could still be physically active in all the ways I had previously been, except for now being much more self-conscious of my ileostomy, and hence, I was extremely fraught with very high anxiety.  At this time, however, I had no intentions to be a runner.
Toward the end of my high school years, I began VERY slowly to make some social and emotional shifts shortly after my father bought a boat marina, and we had moved to Pearl Beach, Michigan, near Algonac.  As I discovered the creativity in my growing passion with doing the refinishing work on many boats, and as I increased my “partying” activities with my brothers’ and my new friends, I found that I became a bit less self-conscious of my ileostomy.  That trend continued as I progressed into my college years.  My junior year found me traveling to Fort Collins, Colorado, where I remained for much of the summer, working and living my “Western” dream.  Toward the conclusion of this adventure, I began hitch-hiking to see other Western sites in Las Vegas, the Grand Canyon, New Mexico, and meeting so many wonderful people along the way.  I was having the time of my life, and my inner positive Spiritual awakening experiences were significantly expanding to greatly increase my awareness of never being alone.  I had my final ride of this journey from Utah back to “home” to Indianapolis, Indiana, before heading back to college that autumn.  Still, I was not including my running as one of those experiences.


Jumping ahead, now, to 1994, after meeting my wife, Brenda, in 1980, at Western Michigan University, marrying in 1982, and our purchasing our current home in 1985.  I had become aware of a relatively new surgical procedure entitled Barnett Continent Intestinal Reservoir by 1994, in which 2 feet of small intestinal tissue was needed to make an internal continent pouch which would be emptied via a catheter.  This would eliminate any external ostomy appliances, and the catheterization site would be located much lower on the abdominal wall than the traditional ileostomy.  So, I was on board for this and had my BCIR surgery in the Spring of 1994.  I am certain that my bodily image was a rather significant factor driving my decision for the change.  Now I was very proud to display my new bikini swimming trunks!  I initially thought that this all was so very AWESOME to not have to deal with the hassles of an ileostomy any longer.  However, the joy, exhilaration, and new freedom was rather short-lived as I soon developed serious blockages, cramping, and anemia (from the loss of blood in my very irritated intestinal pouch).  Thinking this was due to a dysfunctional pouch valve, I had the pouch re-done in 1998 or 1999, again requiring another 2 feet of small intestinal tissue.  However, the negative physical symptoms continued to worsen as I had two separate and rather serious life-threatening instances of cellulitis in separate legs.  Finally, I converted back to a brooke ileostomy in late 2007.  This resulted in the cessation of all the serious physical symptoms I had had while with the internal pouch.  One of my younger brothers, who received the same BCIR surgery shortly after me, still has a functional internal pouch with relatively few physical symptoms.


My Spiritual awareness and positive journey continued, and around 2014 I felt led towards developing the very first Peer Support group for persons with FAP and another hereditary genetic condition, Lynch Syndrome.  Also, during this time in 2014, I had begun running, at times, on a treadmill with very little consideration of doing any outdoor running.  I was 57 at this time.  Now, I mostly avoid any treadmill running!  Perhaps with the advent of someone in my Toastmasters’ public speaking group presenting a speech about some Hot Chocolate run, my interest in outdoor running peaked (anyone who really knows me, understands my LOVE of chocolate!).  The deal for doing my very first running race was sealed when my college attending daughter Erika encouraged me to join her for a Hot-Chocolate 5k race in Columbus, Ohio in November 2014.  We ran that very first race together, and then I was forever hooked on outdoor running.  After this, I found myself consulting about a running training program with a young woman in my employer’s fitness center, who was herself a very accomplished runner. She set me up with progressively increasing difficulty 10-week training programs designed to help me greatly improve my running and training for races.  My following these plans enabled me to train for and complete 5Ks, 10Ks, 15Ks, half-marathons, and finally 3 full-marathons currently.  With my having an ileostomy, I have especially realized the need to remain hydrated – so much more than someone without an ostomy.  I find that I need to change my ostomy appliance more frequently since I have been running.

I have just learned that due to the CORONA-19 VIRUS, my fourth full-marathon, scheduled for May 23rd has just been cancelled.  However, I am continuing to run several times/distances per week.

Throughout my experiences with living with an ileostomy and all that entails, I have learned that I can do what I want as I listen to my body, which, as I continue to learn (and strongly believe) is greatly influenced by my mindset messages.  My transition from that highly anxious boy to this more spiritual, peaceful, sociable, and better listener includes this “running forward” chapter of my life experiences and beautiful journey onward. 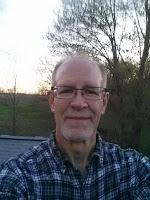 Kevin Myers is a 62-year old with Familial Adenomatous Polyposis (FAP). He has been married for nearly 38 years, and they have one 24-year old daughter, not affected with FAP.  He and Erika Koeppe began the very first Peer Discussion Group for persons with FAP and Lynch Syndrome in 2015 in Michigan. Kevin's interests include long-distance running, choral singing, being socially interactive, and spending free time with his wife, Brenda in watching movies, playing board games, and walking or bicycling together. He is part of the Rising Phoenix annual awards committee which recognizes persons who have “risen from the ashes” of hardships to become social leaders in their communities. Kevin was a Rising Phoenix Prime Award winner in 2015. Read the guide Kevin recommends for establishing your own support group.