Navigating the Road of FAP 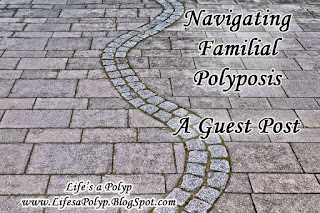 Familial Adenomatous Polyposis (FAP) has been a major impact on my life from the time I was very little. My mother and grandmother both had this condition as well as me. From the time I was little, I remember my mother going to doctors and having a lot of procedures. The turning point that FAP became the most evident is when my mother had her whipple procedure due to duodenal cancer and almost died from the complications. I was 9 and I spent a month of my life watching her struggle to live. She developed Adult Respiratory Distress Syndrome, fluid built up in the air sacs in her lungs reducing the amount of oxygen in her bloodstream, and was placed in a medicated coma, she stayed in the ICU unit for three weeks. I wasn't allowed to visit her during this time and my mother's cancer diagnosis was not fully disclosed to the family until later in the cancer's progression. Due to the risk of losing my mother and the prolonged separation from her, I experienced severe separation anxiety upon her return home from the hospital. My mother underwent chemo for the duodenal cancer and survived.

﻿ During high school, I was officially diagnosed with FAP via blood test. The one thing I remember was the doctor asking me if I understood what he was saying, my first thought was "Yes I do, I'm not stupid". During high school, my diagnosis was kept a secret from everyone to honor my father's wishes. My father is a very private person and he felt this was a family issue that was not for everyone else to know. For the first few years after diagnosis, only a few very close family friends knew. Due to the privacy of it, I always felt that it was like I did something bad. I decided when I went to college things were going to change and FAP was not going to be such a hush-hush topic. I realized I had not done anything bad and FAP was just a part of me. I wanted to be able to have support and knowledge with the FAP, I didn't want to have to sneak around anymore. It had become difficult to come up with excuses for missing school for procedures, particularly colonoscopies due to the extra time needed for a prep day. Freshman year of college I became more open, explaining that I had a genetic disease and what FAP did and how it affected me. It felt so great to have this in the open and no more hushing around. I finally had friends who I could talk to and who could understand my struggle. I would need this support more than ever as it was during this year that my mother's cancer returned in her stomach and she was undergoing surgery to remove her stomach when liver cancer was discovered and the surgery was halted. She underwent chemotherapy a second time but did not survive the cancer this time. One of my hardest struggles has been losing my mother and grandmother to FAP, they were both very strong women who meant a lot to me. I now realized I was fighting a monster. I felt defeated without her and since her passing I've experienced a number of my own health struggles.

In 2006, I had a total colectomy with reconnection. The change from pre and post surgery has been a lot to adjust to. Right after the surgery I had every infection you could think of and I spent several days in the hospital. I returned to college going to the restroom up to a dozen times a day. I student taught and graduated from college. Since that time I've developed growths on my liver requiring close monitoring, liver embolization therapy to reduce or block the blood flow to cancer cells in the liver, intestinal obstructions, and severe chronic abdominal pain. FAP has greatly impacted my life and primarily so by taking away a normal life for me. It has been difficult that at the age of 24 I had to stop working due to the severity of chronic pain and the complications I've experienced, including frequent bowel movements requiring immediate restroom access or risk accidents. I now spend my days in doctor offices and taking medications to manage my health. I watch my friends having fun and starting families and this will never be my reality. Friends and family tell me how strong I am but I feel like I'm fighting everyday just to make it through. I mourn the life I thought I would have. 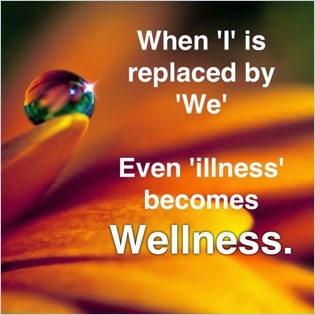 In spite of the struggles I've discovered a number of ways to help cope and live with FAP and the complications. Support in person and online have been very beneficial. I have regular counseling sessions with a social worker and enjoy various online support groups for FAP and chronic pain through Facebook. Most importantly, being open with others about my experiences rather than bottling up my experiences and feelings has made a difference in addition to raising awareness of FAP so that others down the road might have a less difficult time.

Jamie Klapper is an active member of FAP and Chronic Pain Facebook Support Groups. Like many of those with Familial Adenomatous Polyposis, Jamie witnessed the effects of FAP on her family prior to having her own experiences. Navigating through the terrain of FAP on the body and mind is never an easy task. Jamie discovered the importance of social support throughout the journey and the difference it makes for one's survival.
Posted by Jenny at 6:07 PM